Diesel Performance Tune is your GVM specialist on the Gold Coast.
We are the Gold Coast’s only dealer for Lovells GVM and BTC upgrades.

Whether you are hooking up the caravan for that big trip, a keen adventurer packing up the 4WD for the weekend, or carrying tools of the trade, your vehicle can easily become overloaded, dangerous, and illegal if it exceeds the manufacturer’s (GVM)

The GVM (Gross Vehicle Mass) is the maximum the vehicle can weigh when fully loaded. Everything you place on or in your vehicle adds to the overall GVM – all accessories such as bull bars and winches, canopy’s, draws, dual battery systems, fuel, and cargo (including passengers), the tray body for cab chassis models, and even the tow ball load applied by a boat or caravan trailer.

A gross vehicle mass (GVM) is set for all vehicles by its manufacturer and is part of the Australian Design Rules (ADR) approval process. If your vehicle exceeds these limits, it could make your vehicle unsafe, and you could be up for a costly fine if you get caught or even void your insurance.

Lovells GVM Upgrade Kits provide a solution for owners/managers of vehicles who have a need to carry loads which exceed the Original Equipment GVM specifications while at the same time meeting the practical and documentary compliance requirements of Work Safety, Police Licensing, Insurance, Lessors and Fleet Managers. 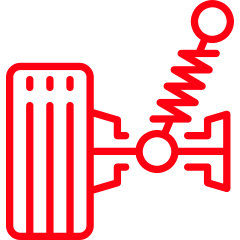 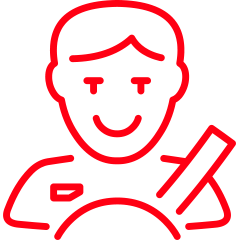 Avoid the police or your insurance company investigating if your vehicle is overloaded.

We can perform GVM Upgrades on the following vehicles

Who is a manufacturer?

The ADRs say that a manufacturer of a vehicle is the person who accepts responsibility for compliance with the ADRs in relation to that vehicle and is issued a compliance plate approval certificate for that vehicle.

The ADRs do not differentiate between OEMs and SSMs (Second Stage of Manufacture).

Based on the definition in the ADRs, Lovells is considered a manufacturer of a vehicle if it accepts responsibility for compliance with the ADRs in relation to that vehicle and is issued a compliance plate approval certificate for that vehicle. Lovells accepts this responsibility as part of its GCM upgrade packages.

A vehicle’s GCM is first nominated by the original manufacturer (OEM).

There are various organizations, known in the industry as ‘second stage manufacturers’ (SSMs), that are frequently engaged to upgrade vehicle capacity, prior to first registration. Some SSMs, like Lovells, update the GCM to reflect the change in capacity because of the upgrade.

Lovells understands that an updated GCM may be specified by a manufacturer and believes it is good practice for manufacturers to do so.

What is the position regarding post-registration upgrades?

Lovells understands that the current position in relation to GCM upgrades in each State and Territory is as follows:

NSW, SA, VIC and TAS recognize a revised GCM specified by a SSM if endorsed by the inspecting engineering signatory. The signatory must be an endorsed engineer who has access to our Evidence Packages. Endorsed engineers’ contact details are available upon request.

Queensland no longer recognize a revised GCM above the GCM nominated by the OEM. However, on 22 January 2020, Queensland TMR released a statement to the industry that “TMR is exploring options for the issue of a new code that deals with GCM increases. TMR is working closely with Industry on this task, and in particular the Australian Automotive Aftermarket Association (AAAA). Whilst TMR’s priority remains on road safety and national consistency, it is optimistic that a technically sound and separate code-based solution for GCM re-rating can be developed”.

WA, ACT and NT no longer recognize a revised GCM above the GCM nominated by the OEM if the vehicle is modified after first registration.

Is the GVM and BTC upgrade legal in all States and Territories?

Yes. Rest assured, The Federal Dept of Transport have the final say on all Second Stage Manufacturers Approvals and we cover everything and more as required by the ADRs.

How does Lovells ensure that any GCM it nominates is accurate?

Not every SSM can or does nominate a revised GCM.

Lovells does nominate revised GCM capacity figures as a SSM.

Lovells is committed to going above and beyond and believes it is the only SSM that has a full complement of test data and evidence packages to satisfy the December 2019 released GCM and Towing Upgrade Technical Working Group test regime.

This comprehensive new test regime is endorsed by the AAAA, exceeds OEM requirements, and includes the following tests:

Has there been a recent change to the law regulating pre-registration GCM upgrades?

There has been no recent change to the law regulating pre-registration vehicle upgrades.

Importantly, this means that:

Vehicles that Lovells has previously modified are legal in all States and Territories.

Lovells is permitted to plate vehicles with gross vehicle mass (GVM) upgrades and towing capacity upgrades under the approved RVD (as stated in Lovells SSM approvals and as noted on current RVDs).

Lovells is permitted to modify GVM/GCM/towing capacity or variants of these modifications in all States and Territories prior to first registration.

Important information regarding towing and operating at maximum GCM

Due to increased drivetrain operating temperatures at maximum GCM, Lovells recommend engine, transmission/gearbox, transfer case and differential oil changes to be carried out at half the original recommended intervals. Eg. half the interval of the OEM oil changes, eg. from 48 months/200,000 km’s to 24 months/100,000 km’s. Failure to accommodate this may result in premature wear or failure of drive train components which may affect warranty. Constant operation of the vehicle at maximum GVM, Towing Capacity and GCM will reduce the Duty Cycle and life of components, and this must be taken into consideration by the vehicle operator.

Once the Lovells SSM compliance plate is fitted to the vehicle, then Lovells Springs bare full responsibility and will warrant any failure directly associated with the GVM and GCM increase. Please see excerpts from Lovells undertaking in all Overview Documents.

‘IS THE ORIGINAL EQUIPMENT WARRANTY AFFECTED WHEN FITTING A LOVELLS GVM UPGRADE?

As a SSM approval holder, Lovells takes full responsibility for the changes the revised GVM, GCM and the Rated Towing Capacity may have on the duty cycle of the vehicle systems and sub-systems (for example, Brakes, Automatic Transmission, Tow Coupling etc) and any follow-on effect on warranty claims by vehicle owners.

‘Vehicle warranty is not affected when a GVM or BTC Upgrade (Rated Towing Capacity Upgrade) is fitted. Our testing and analysis procedures are stringent and undertaken by an accredited Automotive Engineering Consultants to ensure original equipment components are not compromised. Modifications and load limits are within theoretical service/safety factors to ensure the integrity and longevity of OE (Original Equipment) parts associated with increasing the vehicles load carrying capabilities. As Lovells are a Second Stage Manufacturer, it is our responsibility to document these tests and thus take responsibility for the GVM, GCM and Rated Towing Capacity Upgrades (BTC Upgrades) and their compliance.

Warranty excludes any component or system which has been identified by the OEM as having a potential failure or problem.

Based on Lovells differential testing, CAD modelling and FEA analysis, there is no satisfactory correlation to the potential premature failure of the differential center

Based on Ford Customer Service Bulletin released on 4/3/20, Lovells will not assume any warranty or responsibility for transmission failure on the Ford Ranger 2.0 litre engine variant.

Rick and the team did a fabulous job upgrading my beloved 200 series. I have always loved my vehicle but love it even more now! Rick's professionalism and vast knowledge of the 200 series instilled confidence and trust. I am now a Diesel Performance Tune addict and can't wait for my next mod!

I was asked to contact this business by a third party to try and resolve an issue I had with my car’s suspension. I was somewhat prepared for service that was so-so as I lived on the other side of the country and it was obvious that more than likely I would never cross their doorstep again once I had the problem looked at. That view could not have been further from the truth. Rick fitted me in to initially look at the problem and then spent an hour thoroughly diagnosing what may be the cause. He contacted two separate suppliers, arranged to have the parts delivered ASAP and again fitted me in first thing on the Monday morning to complete the job so I could be on my way. I cannot speak highly enough of this company and it’s staff and it’s approach to customer service. I would have no issue using them for any of the services that they provide and do not hesitate to recommend others to do likewise.

When it comes to knowledge and quality workmanship you won't find any better on the GC. We originally took our ranger to these guys to fix something that had been incorrectly installed by another company and no one could correct this. From the first conversation these guys knew their stuff and were honest! And resolved my issue with one visit. We are so lucky we were referred to Diesel Performance Tune and take all our vehicles to these experts now. The staff are great to deal with and are honest good people. Anyone had enough of not getting value with who your using currently don't hesitate give these guys a call!

Very professional outfit. I have a PK Ranger and it is hard to find centres who care about older vehicles these days. Rick, Eddie and the boys treated me like one of their high end Land Cruiser customers. I am mechanically minded and was able to really discuss my issues and findings with the vehicle which did not fall on deaf ears. Not only did they resolve my issues and breathed new life back into my old vehicle, they also repaired smaller less noticeable issues which were very inexpensive now but would have resulted in a lot more costly repairs down the track. These guys will be seeing me again 🙂 Keep up the great work.

The diesel performance team did a great job with my hilux. I have had a reoccurring problem for years with the check engine light, limp mode and the hilux throwing codes that no mechanic was able to diagnose. The team was able to find the hidden broken wire, fix it and tune my hilux. It's been running great ever since. Would highly recommend this business.

Rick, Eddy, and the team did a GVM upgrade on my Landcruiser 200 and were fantastic throughout the process. Thorough and very professional. Would recommend highly.

First of all I want to say a big thank you to Eddie and his team, im so impressed on the attention to detail and work they did on my 79 LandCruiser. The staff are very friendly, honest and extremely knowledgeable. Thanks again team and I look forward to getting future upgrades and work done. Regards, Dean from Apollo.

Just picked up my turbo diesel iload, being a business owner vehicles off the road cost money, the boys did a professional job, highly informational and job completed in a couple days. Competitive price with excellent workshop and customer service, highly recommended. Thanks

What a customer service. So hard to find people willing to help. Just a phone call, I was able to get an information that saved me wasting my money and time. Thank you so much. Super happy with my experience.

Great service, Had my 4x4 tuned and some work done. Very knowledgeable bunch. Eti was very friendly and knew what he was talking about. Thanks guys for looking after me. I'll definitely be back if I need more work done. 10/10.